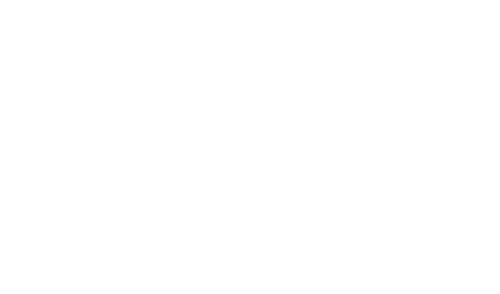 Today, we can now enjoy live cricket odds, live streams, and live score updates from our favorite cricket matches unlike before. Those are just some of the various ways that technology had shaped cricket.

Way back when cricket was just starting, people had to be there to see what really goes on. People had to be in stadiums to see the action unfold live before their eyes and really be updated about how a certain game went.

As the years had passed, technology developed for the betterment of things. Thanks to technology, cricket fans had been able to watch their favorite teams and players on their television screens without the hassle of watching in actual stadiums.

Surely, watching live may be an exciting experience for the fans. However, it involves long lines and actual waiting for a game to commence. It really may be inconvenient for busy cricket fans who can’t miss out on their jobs.

On a television screen, one may watch the game real-time without the need of being in a stadium physically. Aside from that, television broadcasts let people see the game up-close instead of what can be seen at an actual stadium. Television broadcasts also provide a score counter which updates people on how a match is going.

Surely, television broadcasts of cricket matches became popular. However, technology had proved there may still be innovation. Along with its development came the introduction of live streams that are available on the internet.

To date, many people watch cricket matches through the use of live streaming sites. These cricket streaming websites are popular among busy cricket fans who unfortunately have no televisions on their workplaces to tune into.

The main advantage that these streaming sites have against television broadcasts is that they may be replayed. Also, it may be taken on the go because you can easily access it even on smartphones.

Aside from that, most streaming sites also allow their viewers to be in the know of the latest cricket updates. Apart from the streams, many websites also provide supporters with news updates. These updates do not only concern playing teams but also other renowned teams.

Technology had not changed the game at all. However, some parts of it had been improved or modified by technology. So it made everything easier for those whose work is to have a keen eye on the happenings of the game.

Cricket has improved the monitoring of the scores for those who work in the sport. Whereas the scoring had once been manually done, technology has made monitoring the scores much been easier now.

One may be sure to never lose count about the number of runs made by a certain player or a certain team.

Aside from tallying the scores, technology has also played a sweet part in seeing the game more closely. They use cameras on the field to record the happenings of the game.

Thanks to these cameras, we can carefully monitor the progress of the game, as well as fouls, by zooming in with the footage captured by these devices.

Similar to the cameras, technology has introduced a Hot Spot. It makes it more helpful to determine the truth behind LBW claims in a game. The Hot Spot in cricket requires two infrared cameras to be placed on opposite sides above the playing field.

These infrared cameras record everything. They allow reviewing some factors in the game which you may not see by the naked eye due to the speed of a ball’s flight.

The simple act of betting had also been modified by technology. Whereas people tend to do it manually before, time and technology have proved that even a simple form of entertainment may be digitalized.

When it comes to betting, people were really patient. Despite having odds that did not change as the game progresses, betting is still fun. It still is, and it definitely improved thanks to technology.

Today, betting is made easier and more exciting by technology. With a myriad of online cricket betting sites available on the internet, people now have the freedom to check various offers without the need to personally visit bookmakers.

Aside from that, betting today no longer requires the physical presence of the bettor as everything can be transacted online with just one click.

Online cricket betting sites also provide its bettors with live cricket odds to add thrill to their betting experience. Thanks to technology, the odds now change based on the progress of the game. Its format may also be changed today to suit a bettor’s preference well.

Lastly, online cricket betting gives its bettors the assurance of safer and more efficient transactions as it doesn’t require its players to go out with their money in their pockets. Bettors may also use their time to do other things rather than just wait for a certain match’s final outcome.

Technology has not only been beneficial for the teams and the bettors. In fact, it also improved how fans enjoy cricket. This extends to how the fans are given a chance to get updated with cricket matches and a chance to know how playing cricket feels like.

When it comes to gathering updates about the latest cricket matches, technology had indeed been helpful. Thanks to the internet, cricket updates may now be accessed at any time of the day.

This is such an advancement from what people were used to which required them to wait certain hours for the cricket news. They’re lucky enough if they get it right on time on their television screens.

However, television broadcasts of cricket news are usually limited to the progress of their local teams. On the internet, one may access news for all teams around the world. Also, cricket updates may also be accessed in real-time in line with the live streams that they watch.

There are millions of cricket fans all over the world yet not all of them know how playing cricket really feels like.

With technology, lots of games had been developed to give the fans a chance to experience cricket on a different platform. With mobile cricket games, fans may imagine themselves playing alongside their favorite cricketers.

Online cricket games also abide by the rules of the sport so that the fans can play while having a better grasp of cricket rules as they play along.

Technology also has something for those who want to experience the sport physically but doesn’t have the opportunity to play on an actual field. Today, there are VR experiences that allow sports fans to imagine themselves as real cricket superstars who are applauded by the audience as they play.

These VR games allow players to feel the physicality that the game requires without actual famous opponents to challenge them.

Avast email Signature Removal - All Possible Ways
In the Beginning, There Was a Word and Word Was Word
6 Must-Have Chrome Extensions to Improve Your Security Online
READ  What Is Windows Service Host Superfetch and How to Fix It?